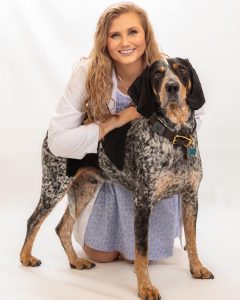 Dr. Gaby Rowland is a Brevard County native; she received her undergraduate degree from the University of Florida in 2016 and her doctorate in veterinary medicine from Iowa State University in 2021. After graduating, she left the arctic tundra of Iowa and returned to the always sunny Brevard County area and immediately joined Oakview Animal Hospital. She enjoys being in nature and exploring the outdoors, fishing, swimming and horseback riding. In her spare time she enjoys being with her fiancé Nick, riding her horse Acre and snuggling her 2 dogs: Beau and Jasper. 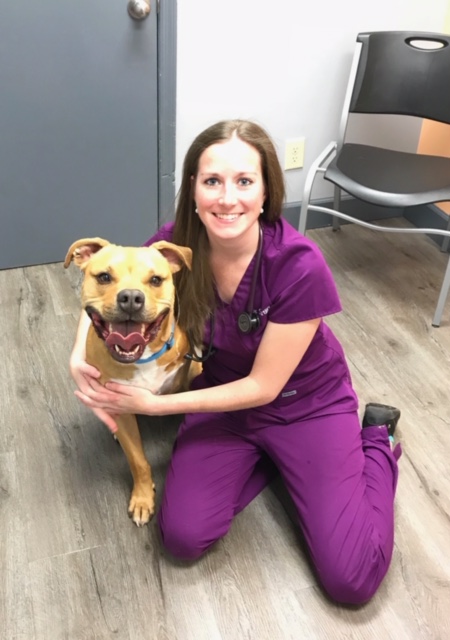 Dr. Michala Shurtliff joined Oakview Animal Hospital in December 2017, moving here from Knoxville, Tenn. She is a 2013 graduate of UT Knoxville College of Veterinary Medicine and while she enjoyed her time in the beautiful foothills of the Smokey Mountains, she is very excited to be making the move to be close to the beach and brings with her 3 dogs who can’t wait to play in the sand and waves! Her professional interests include small animal internal medicine and wound management. Outside of the clinic she enjoys watching Nebraska Huskers football, traveling, and exploring local restaurants and breweries. We are so excited to have her and know you and your pets will love her! 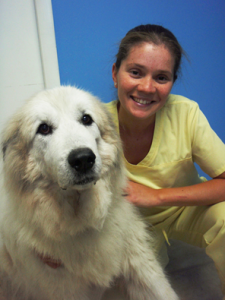 Hailing from New Jersey, Lizzette has always appreciated animals. As a young girl, she remembers visiting local zoos and aquariums and knowing that one day she would dedicate her life to caring for animals. Graduating from UMASS with a BA in psychology Lizzette started her career as an animal trainer and zookeeper, and she joined the PBAC family in 2011 as a veterinary technician. At home, Lizzette keeps busy with her 2 golden retrievers, Lucky and Zeyda and her young daughter, Leyla. In Lizzette’s spare time she enjoys crafting unique homemade special occasion cards for her family and friends. 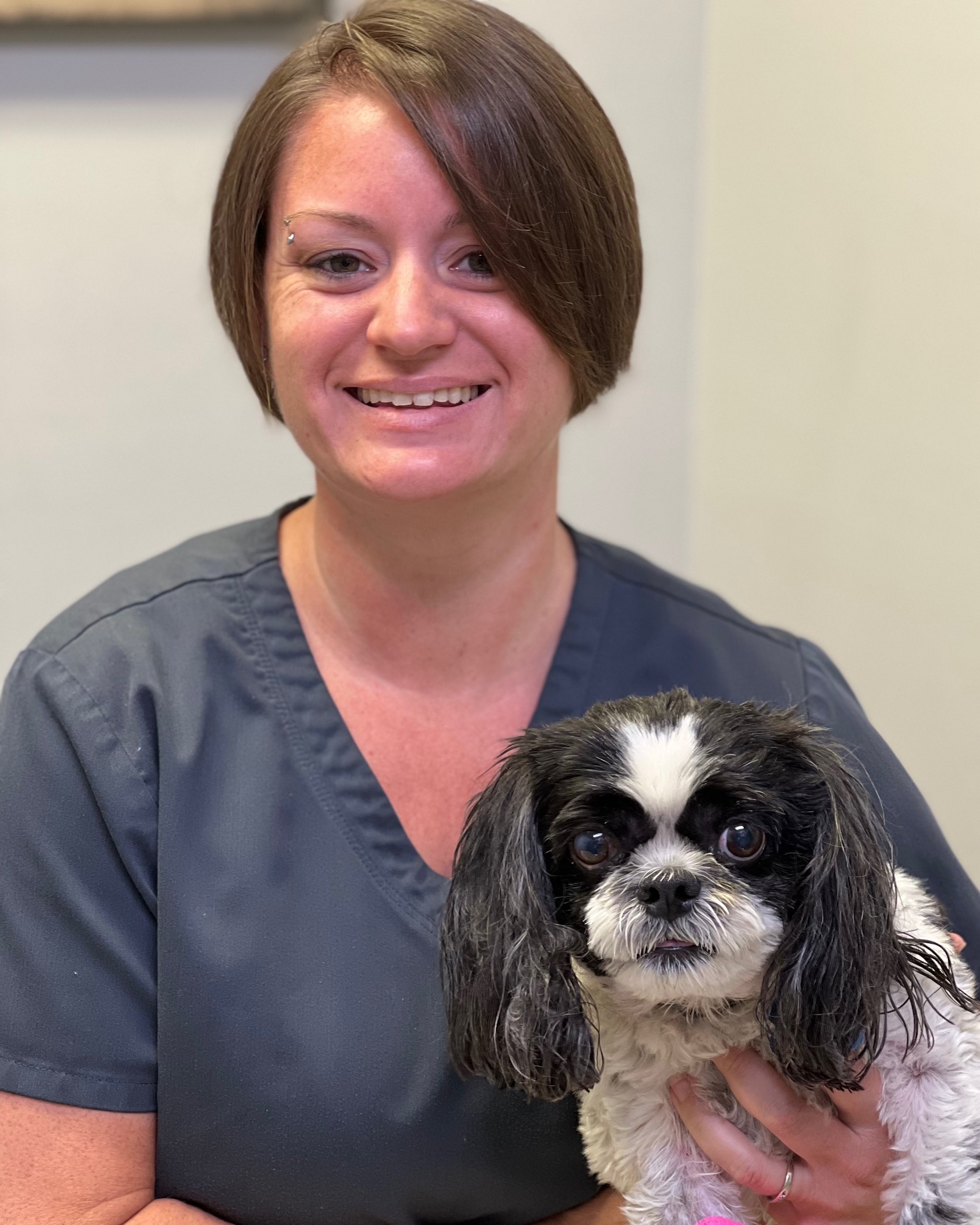 Born and raised in Dearborn Heights, Michigan, Melody moved to Florida with her family in 2005. She began the Veterinary Technology Program at Brevard Community College, now known as Eastern Florida State College in 2006 and graduated, becoming a Certified Veterinary Technician in 2007. Her family was her greatest influence in following her dream career, having multiple animals growing up, including a K-9 narcotics officer. Melody loves to spend time with her family, furry and non-furry alike, as well as go to the beach. She has been a member of our team since 2013 and has really enjoyed working with the large diversity of species. 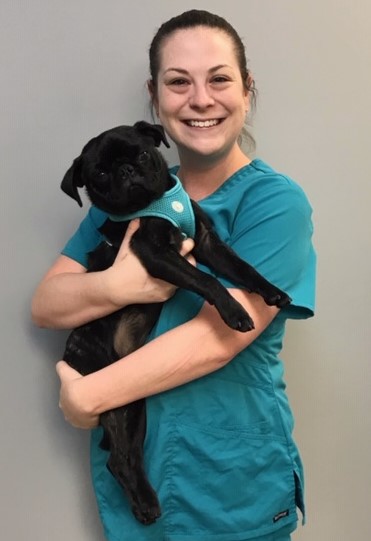 Born and raised in a small town in Connecticut, Christina moved with her daughter to Plam Bay in 2013 to be closer to her sister and niece. She has been in the veterinary field since 2015 and begun working in Oakview late in 2018 after her son was born earlier that year She enjoys spending time with her kids and family, spending time on the beach and at the pool, and cheering on her favorite Nacar drivers on Sundays. Christina has 2 dogs, Hurley and Nala and a doggy nephew, Hank. She is absolutely loving being part of the Oakview Family! 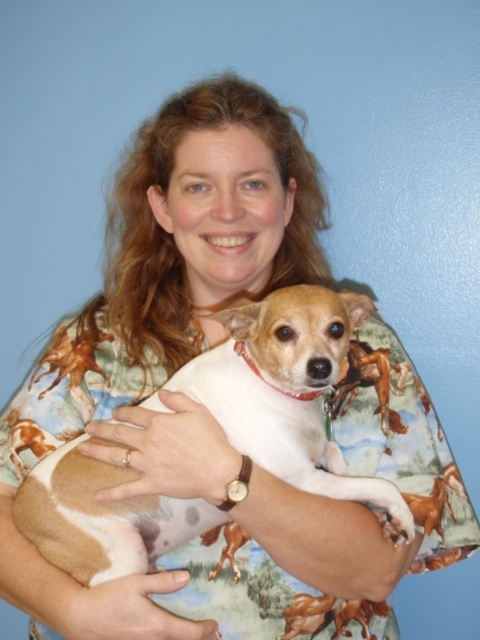 Originally from Pennsylvania, receptionist Nora moved to Florida with her family as a teen. She grew up with a menagerie of pets, and always knew she wanted to work with animals. She previously worked at our sister clinic Palm Bay Animal Clinic for over seven years and joined our Oakview Animal Hospital team in November 216. Her responsibilities include greeting clients, providing customer care, scheduling appointments, and answering our phones. In her spare time, she enjoys spending time with her family and pets Her current family pets include dogs, cats, and turtles. 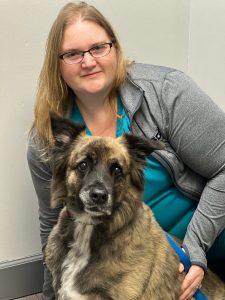 Holly originally hopped the pond from England to Florida in 1999 when she was but a wee lass. Growing up on a farm, she quickly fell in love with caring for all kinds of animals. Holly Has been volunteering with animal rescues in Brevard County since 2005 and working in vet med since 2012. After moving to the Palm Bay area Holly Joined our team at Oakview in 2021 and thoroughly enjoys working up front with clients to give them and their pets the best customer care possible. At home she enjoys catching up on Formula 1 racing, tending to her garden, spending way too much money on arts/crafts, and curling up with her hubby and all their fur babies to binge watch Harry Potter movies or to read a good book. 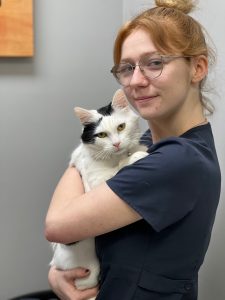 Born and raised in Florida, Tina is the youngest of 10 and grew up surrounded by animals and has owned many different species from dogs and cats to ducks and snakes. She began working in the vet med field in 2019 and she can’t see herself doing anything else. She currently has one dachshund and two cats and has goals to start a senior dog rescue ranch someday. 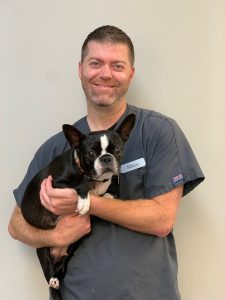 Born and raised in south Florida Michael joined our team in June 2022 as a veterinary technician. He comes to us with an extensive amount of experience and has been in the field for over 20+ years. In 2017, he graduated from the Chi Institute with a certificate in Tui-na. He is an animal and plant lover who has a small zoo at home that includes cats, birds, fish and dogs. In his spare time, he enjoys spending time with his family and jogging.

Font Resize
Contrast
Accessibility by WAH
Call Us Text Us